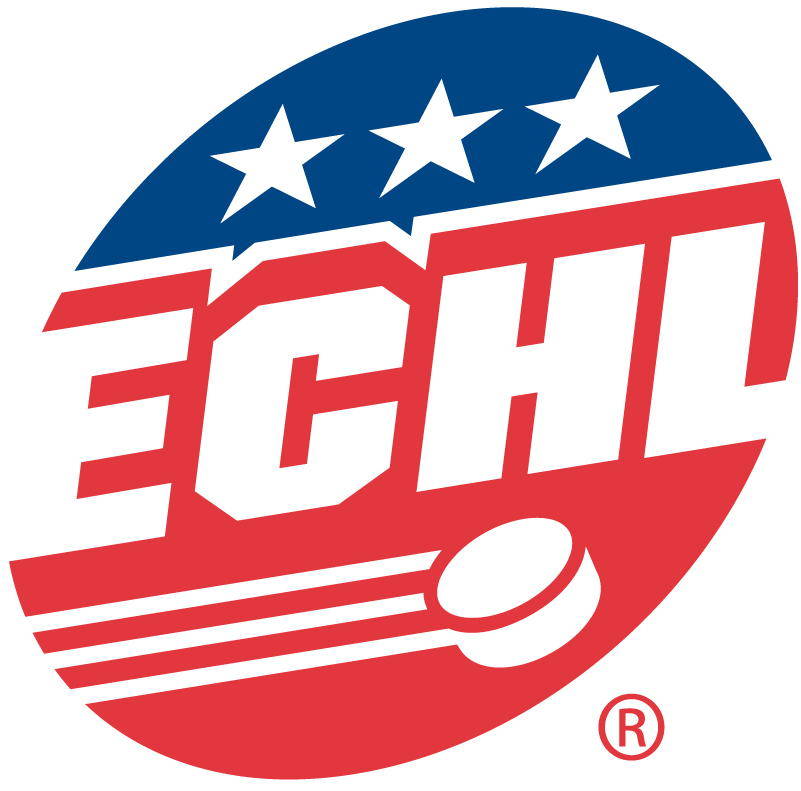 What is the ECHL?

Dubbed the ‘premier ‘AA’ hockey league, the ECHL serves as the primary development league for the American Hockey League and is considered two steps from the NHL. Most ECHL squads are affiliated with AHL and NHL parent clubs and will receive AHL and NHL-contracted prospects from those teams, as well as signing their own players.

It is considered one of the top developmental leagues in the world, on par with some of the top leagues in Europe and offers another option for players who wish to play professional hockey in North America instead of going overseas.

How does the ECHL compare to the AHL?

In today’s modern hockey world, more and more AHL and NHL teams are assigning intriguing, high end prospects to the ECHL instead of the AHL. Some players will benefit more from more ice time in the ECHL over a lesser role and less time in the AHL.

The end result is an ECHL product that rivals the AHL in on-ice quality.

What does ‘ECHL’ stand for?

Until 2003, it stood for ‘East Coast Hockey League’, but the league no longer uses that official name. It technically doesn’t stand for anything anymore. In the linguistics world, that’s called an orphan initialism; where the initials themselves have meaning, but the letters themselves do not. When was the last time you actually referred to KFC as ‘Kentucky Fried Chicken’? It’s a little like that.

Who are some players who have played in the ECHL?

Almost 700 players have played in both the ECHL and NHL throughout their careers and that includes some big names and award winners.

Several prominent ECHL graduates have been integral parts of recent Stanley Cup winning squads, including Yanni Gourde and Carter Verhaeghe from the 2020 champs, the Tampa Bay Lightning and Jordan Binnington from the 2019 St. Louis Blues.

Historically, many top-tier NHL netminders have gotten their start in the ECHL, including Vezina Trophy winners Braden Holtby and Tim Thomas, as well as mainstays Martin Jones, Anton Khudobin, Michael Hutchinson, Petr Mrazek and Jonathan Quick, among many others.

The ECHL not only serves as a breeding ground for goaltenders. ECHL graduates have been found all over NHL lineup cards, including first line scorer Mike Hoffman, high-end grinder Alex Burrows, number one defenseman Ben Chiarot and all-world tough guy Ryan Reaves.

Isn’t the ECHL a league full of tough guys? Am I just going to see fights all the time?

The ECHL has evolved so much since its inception in 1988. Throughout the years, there were periods where the game was dominated by toughness and physicality, but today, the league prides itself on showcasing a well-rounded product with a perfect combination of skill, talent, grit and toughness.

Where do these players come from?

Players in the ECHL come from the same player streams as the NHL and AHL teams. Many players are graduates from the Canadian Hockey League, including the Quebec Major Junior hockey league, the Ontario Hockey League and the Western Hockey League, as well as the NCAA college system (both Division I and III), the American junior league, the USHL and beyond.

How many teams are in the ECHL?

What trophy do the winners get?

The Kelly Cup has been awarded to the ECHL champions since 1997 and is named for Mr. Patrick J. Kelly, the ECHL’s first commissioner. Mr. Kelly continues to be the ‘commissioner emeritus’ of the ECHL to this day and hand-delivers his namesake trophy to the champion each year.

Are the rules any different than say the AHL or NHL?

ECHL hockey will look the same as the AHL and NHL as far as its rulebook is concerned. One difference you may notice is the size of ECHL rosters. In the AHL and NHL, you may be used to seeing four full lines of forwards and defensemen. ECHL rosters are capped at 18 active players per game, which averages out to only three full lines, typically ten forwards, six defensemen and two goaltenders.

Why are the goalposts blue?

The ECHL is one of the only professional hockey leagues in the world to buck the trend of traditional red goalposts. They have been painted blue as a part of a league-wide partnership with American insurance provider Geico. Even though Geico is not available in Canada, the blue posts remain.

How can I secure my seats for the Iowa ECHL team?